Are you tired of getting chased because you're bigger than normals and scaring them? Did you kill some, and they overreacted?

Well my friend look no further. Here at Unity we leave the fear behind and encourage freedom. Freedom limited to following the commands of the Master. Safety not guaranteed against siege or assault by the Imperium or the Galactic Empire.

Many infractions are punishable by death, no allowances for misunderstandings!

In order to avoid the self-destruction of the species, I desire to forcefully evolve normals into one, perfect race, removing the inequalities that are the cause of strife among humans. To achieve this I will use the Forced Evolutionary Virus (FEV) to create an all powerful race, the super mutants, they will be my Army.

Of course, mutants are best equipped to deal with the world today. Who else? Normals? They brought nuclear death to us all. This will be the age of mutants!

So what shall it be? Do you join the Unity, or do you die here?

Normals - Unity will bring about the master race. One able to survive, or even thrive, in the wasteland. The normals do not have the capabilities to survive anymore. As long as there are differences, we will tear ourselves apart fighting each other. We need one race. One goal. One people... to move forward to our destiny.

Cathedral - To the outside world, the Cathedral is nothing more than an innocent cathedral. Below it, however, lies a secret underground Vault, which serves as a home and base for Unity.

I am seeking out uncontaminated humans with which to create mutants in using the Forced Evolution Virus (FEV), and build my super mutant army. It will be the first step of the Unity, my perfect vision of humanity. 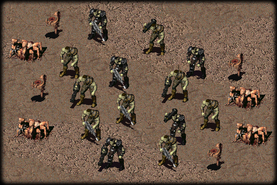 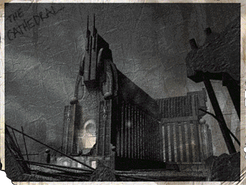 Cathedral
Add a photo to this gallery
Retrieved from "https://council-of-tg.fandom.com/wiki/Unity?oldid=566"
Community content is available under CC-BY-SA unless otherwise noted.